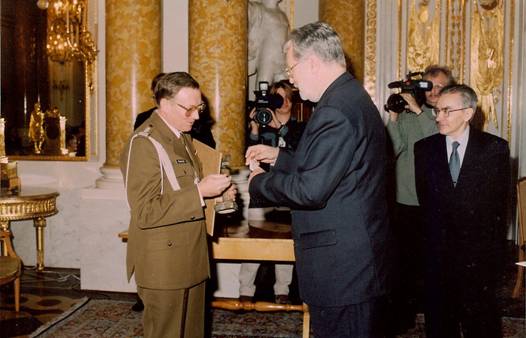 Prof. A. Rogalski, winner of 1997 FNP Annual Award, during the presentation ceremony in the Royal Castle in Warsaw